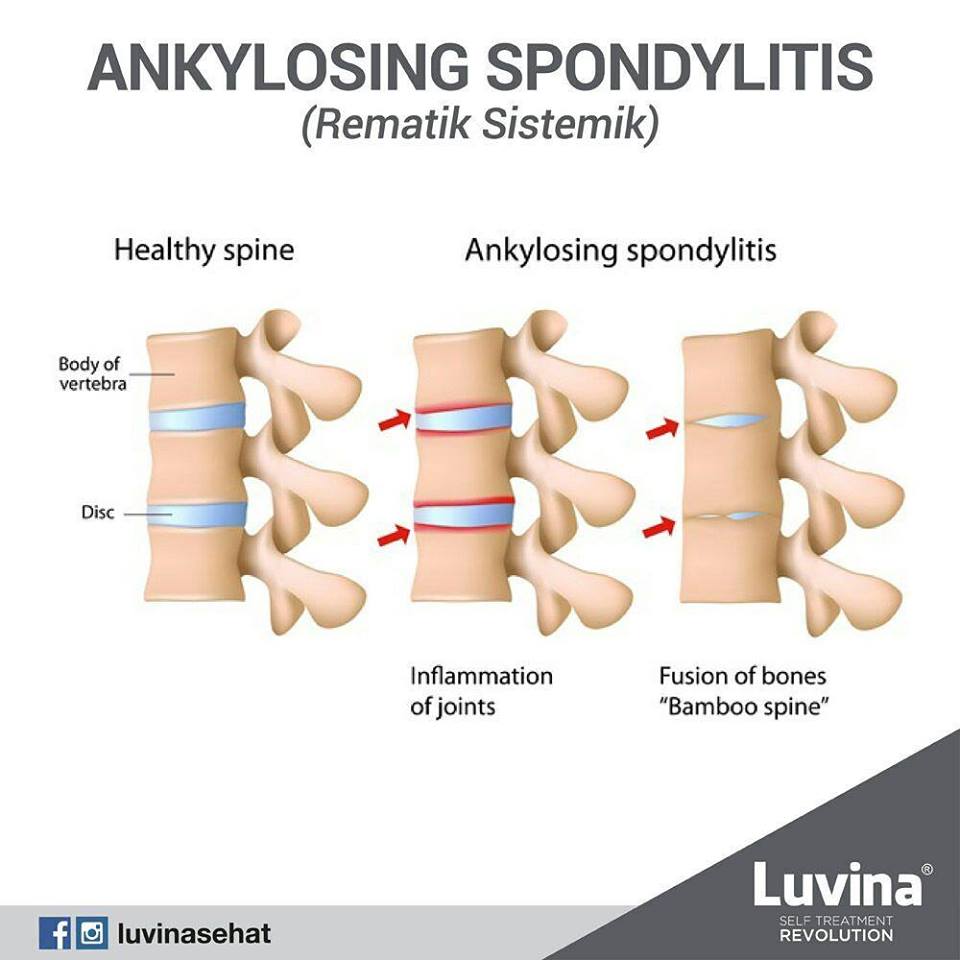 ANKYLOSING SPONDYLITIS  (systemic rheumatism) is inflammation of the spine due to an enlarged or fused backbone.

IMPACT is the backbone becomes stiff and stooped. Severe ankylosing spondylitis can make it difficult for the sufferer to look ahead or tilt his head. Spinal inflammation can also affect other parts of the body, such as the eyes and intestines.

SYMPTOMS: Pain from the neck to the hips, especially when you wake up in the morning or after a long period of inactivity.
Factors that trigger increased Ankylosing spondylitis are: Gender (more often affects men), age (early adulthood) and heredity (genetic). .

Frequent sweltering and sweating while sleeping even though your room is already using AC? It's…

LUVINA BACK STRETCHER, EFFECTIVELY DEAL WITH PAIN AND DISCOMFORT IN YOUR WAIST

The bikers must often experience this! Often after traveling long distances, whether using a motorcycle…

Office workers usually spend tens of hours a week sitting in front of a computer.…